Christened on February 16, 1942, just over two months after the Japanese attack on Pearl Harbor, the USS Alabama was finally commissioned on August 16 of the same year. After sea trials, she spent a brief six months with the British Home Fleet in the North Atlantic. But her true destiny was to do battle, time and again on the Pacific, in retalliation for the lives lost and mayhem inflicted on this fateful day –– December 7th, 1941. Over the next three years, she would well avenge this travesty on a US Naval fleet at rest on a tranquil Sunday morning in one of the most beautiful places on Earth – The Hawaiian Islands. She made many significant contributions in naval conflict with the Japanese –– from seabattles to shelling the Japanese home Islands where she inflicted heavy damage on Japan’s industrial complex. She served in support of the surrender and occupation force of the Japanese homeland and participated in coastal patrols for months after the surrender.

The Alabama, or as she was known by her own personnel, the “Mighty A,” sailed some 218,000 miles and earned nine battle stars during her three plus years in the North Atlantic and Pacific Theaters. She was finally decomissioned on January 9, 1947. In the spring of 1962, the U.S. Navy announced plans to scrap the famed vessel. Citizens of Alabama responded by asking for and receiving permission to berth BB-60 in Mobile Bay as a permanent home to honor and remember all Alabamians who had died in defense of the United States.

The image wev’e shared today, December 7th, 2020 – was captured in the summer of 2013 at the USS Alabama Battleship Memorial Park, Mobile, Alabama. It is with great honor that we publish this piece with just a bit of remembrance, respect and gratitude to those brave sailors who died that December morning, and as well, to the 3000 men and women who worked in round the clock shifts for thirty months to bring this 35,000 ton behemoth to life, in defence of a great nation, at a time in history when more turmoil and uncertainty than ever before, or since, had laid itself upon our world. 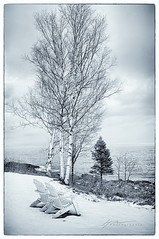 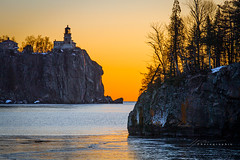 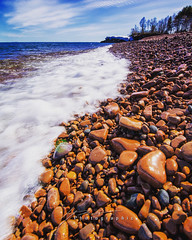